Free Shipping On All Orders Of $250 Or More 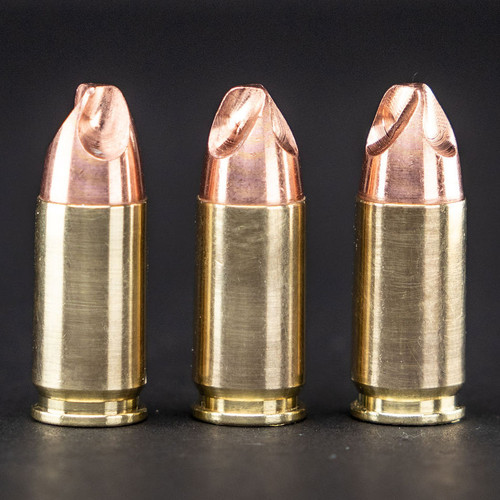 The External Hollow Point (EHP) is a precision made defensive handgun round that has unmatched reliability. The reliability comes from the fact that it does not require expansion to create devastating wounds and not over-penetrate. This is due to the unique and patented shape of the projectile. Rather than expansion, it utilizes its shape to create cavitation by way of fluid dynamics that enlarges wounds and uniformly transfers energy to repeatedly penetrate to an optimal depth. The EHP is a truly barrier blind munition. It is precision machined from solid copper and has no possibility of jacket separation not matter what barrier is encountered. It passes through common barriers without transferring energy so there is still a uniform and dynamic effect on the intended target. EHP technology employs light for caliber projectiles. This not only increases the amount of kinetic energy that gets transferred into the terminal target, it significantly reduces felt recoil.